We Must Stop Preaching to the Choir on Preventing Mass Atrocities

On February 6th, the Tom Lantos Human Rights Commission (TLHRC) in the House of Representatives held a hearing entitled, “Mass Atrocities Prevention.” The room was packed, with every seat filled and many in the audience forced to stand in the back. Unfortunately, the same was not true for the seats reserved for members of Congress, which were mostly empty.

The hearing was led by the Commission’s co-chair, Congressman Jim McGovern (D-MA), a long-time advocate for human rights and the prevention of atrocities in the House. The Republican co-chair, Congressman Randy Hultgreen (R-IL), and Congresswoman Janice Schakowsky (D-IL), were also present for the beginning of the hearing, but only Rep. McGovern was present for the entire session.

Out of the 435 members of Congress and the 67 members of the TLHRC, only one member made the time to be present for the entire hearing; perhaps a metaphor for the importance placed on the issue of atrocities prevention by the legislative body.

While there were plenty of great points made by all of the expert panelists, there were two main takeaways I left the hearing with: 1. We can no longer continue preaching to the choir, and 2. If we want to prevent mass atrocities we need to fundamentally rethink how we approach the issue.

As someone who has dedicated their career to the prevention of genocide and mass atrocities, I have done my fair share of preaching to the choir. Holding meetings with sympathetic offices on the Hill, at the State Department, USAID, and at the National Security Council, where the conversations go quite smoothly and everyone seems to be on the same page. These meetings are important, but not nearly as important as the ones that are filled with opposition, hard questions, and sometimes downright indignation. These are the meetings we need to be having more of. We need to be filling the seats of that hearing room with members of Congress who still need to be convinced that preventing mass atrocities is not only the right thing to do, but is also in our national security interest.

It amazes me that we still need to have these conversations, but we do. We still need to convince policymakers of the importance of atrocities prevention despite it being so blatantly clear that when we allow mass atrocities to occur, the primary, secondary, and tertiary effects of those atrocities ripple out into the world and cause massive instability and insecurity.

Just look at the global displacement crisis touching nearly every corner of the world. More than 65 million people have been forced to flee their homes, the majority of whom are fleeing mass atrocities. These people end up internally displaced with limited support, or as refugees in countries overwhelmed by the influx of people streaming across their borders. But displacement is not the only effect atrocities have on a population; food production is often slowed or stopped completely and disease spreads rampantly. Huge humanitarian aid efforts are undertaken to temporarily support populations while the violence rages on and their governments buy more weapons. These aid efforts end up costing far greater than preventive measures would have, yet we keep responding in an ad hoc manner instead of investing in prevention.

Take for example the conflict in South Sudan, a brutal civil war with horrific atrocities committed on all sides. Since 2014, the U.S. government has given over $2.6 billion in humanitarian aid and the crisis continues unabated. By comparison, South Sudan’s GDP in 2015 was estimated to be $9 billion. Could you imagine how much good a stable South Sudan could have done with nearly 30% of its GDP being spent on infrastructure, institution building, civil society support, education, or healthcare instead of on humanitarian aid? The amount of money and diplomatic effort it would have cost the U.S. to help avert the crisis in South Sudan would have been far less than what has been spent on humanitarian aid.

This isn’t anecdotal or speculative. Studies have shown that the cost benefit ratio of peacebuilding and conflict prevention versus responding to conflict after the fact is about 1:16. This means that for every $1 we spend on preventing conflict and atrocities we save $16 in response. Or put another way, preventing atrocities is 16 times cheaper than trying to respond to crises after they have unfolded.

Which brings me to my second takeaway: if we want to prevent mass atrocities we need to fundamentally rethink how we approach the issue.

As the prospect of another government shutdown is imminent we need to take a look at where our priorities are and how we appropriate funds. We cannot expect to prevent mass atrocities and violent conflict, stem the flow of refugees, and limit humanitarian aid spending by doing more of the same. If we are not prepared to invest in the tools and resources to make prevention possible, we shouldn’t expect different results.

The Department of State and USAID are woefully underfunded when compared to the Department of Defense. Yet, Republican members of Congress and President Trump want to see a ballooning DOD budget at the expense of further cuts to the State Department and USAID. We need to be doing the exact opposite.

In a world where intrastate conflict and mass atrocities are far more common than interstate warfare, we must invest in upstream conflict prevention efforts that target the root causes of violence — corruption, human rights abuses, inequitable wealth sharing, etc. — build stable institutions, and support vibrant civil societies that can act as a bulwark against atrocities and violent conflict. We know that these prevention investments will be more cost effective than the humanitarian aid response, but Congress seems unwilling to invest in a more stable future, opting instead to continue with the failed strategy of trying to put out multiple fires at once while more fires continue to be lit.

Congress can begin to make much needed changes today. The House and Senate should immediately move to pass the bi-partisan Elie Wiesel Genocide and Atrocities Prevention Act (H.R. 3030 and S. 1158), and support a well-funded foreign affairs budget. Members of Congress who have already been convinced of the efficacy and importance of preventing mass atrocities should bring their colleagues into conversations on this vital issue to help educate them.

We can prevent mass atrocities if we are willing to make the right investments and stop preaching to the choir. 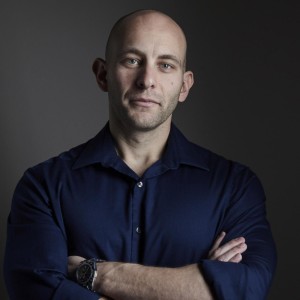 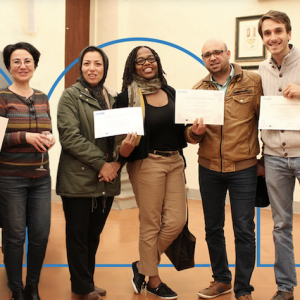