In recent years, international peace practitioners have come to recognize that the conventional method of building peace through a one-size-fits all approach lacks effectiveness. This approach, the so-called ‘liberal way of building peace’, can be understood as a practice whereby leading Western states, NGO’s and international financial bodies promote their version of peace through peace-support interventions in collaboration with the national elites, thus leading to the creation of norms and institutions that reflect those of the ‘Western world’ (such as multiparty democracy, a free-market economy, individual human rights, and the rule of law).

When the concept of ‘building peace’ first arose in the late 1970s, it came from the recognition that structures were needed to be identified and supported from within society, in order to strengthen and solidify peace. It was thought that by doing so, the social and/or political differences confronting a state in a post-conflict situation would be removed. Over time, the international peacebuilding community has seemingly turned away from the Western/liberal approach to peacebuilding and instead redirected its focus towards more communitarian/grassroots forms of building peace in post-conflict societies. Although the latter approach is not without its own limitations, grassroots peacebuilding has recently gained popularity. The grassroots approach considers peacebuilding a bottom-up process that focuses on integrating the community level, rather than trying to ‘achieve’ peace at level of the elites (whilst expecting that peace will trickle down to the bottom-level of the societal pyramid).

Is ‘inclusive peacebuilding’ a more sustainable recipe for peace?

What constitutes the idea of ‘inclusive peacebuilding’, and why would this increase the livelihood of peace? In 2012, peace scholar Desirée Nilsson presented the results of a groundbreaking quantitative study of over 80 peace agreements stemming from the post-cold War period. Nilsson (2012) found that the durability of peace is significantly increased when Civil Society Organizations (CSO’s) are included in peace settlements. Nilsson proposes that this positive effect may be due to the fact that the inclusion of CSO’s in the peace agreement augments the legitimacy of the peace process – which in turn increases the prospects for peace.

How ‘locally owned’ is Colombia’s Peace?

When the Final Peace Agreement was signed on June 23rd, 2016, Colombia saw one of the most significant days in its history as the Colombian government agreed to a definitive and bilateral ceasing of hostilities with the guerrilla forces of FARC (Revolutionary Armed Forces of Colombia). The negotiations that were held in the run-up to the Agreement of 2016 were different from previous talks, and did not seek to cure all ills that had caused the conflict. Rather, the goal was to end the conflict in order to support the establishment of a stable and lasting peace. Although the parties signed a peace settlement that marked the official end to a civil conflict that lasted for over half a century, causing 220,000 deaths, 43,000 disappeared persons and about 6 million displaced people – the work had only just begun.

According to peace scholar Johan Galtung, a peace needs a ‘sufficiently stable base’ to last in the long-term. To build peace by narrowly focusing on including the elites of opposing parties is not likely to remove the causes of war, and is therefore not likely to be sustainable. Instead, peacebuilders should not forget about the grassroots level. It is the place where conflict is generated by discrimination, disadvantage, and exclusion; and where violence is experienced at its worst. In the Colombian case, the civil conflict is experienced at the grassroots level and waged within communities. Following from the above, the inclusion of actors (also after the signing of the peace settlement) from the grassroots level seems necessary to continue to build a more legitimate and sustainable peace in Colombia.

Consisting of 297 pages, the final version of Colombia’s Peace Agreement is lauded to be the most inclusive peace agreement to date, setting a global precedent for inclusion and political participation of historically marginalized groups, particularly women, indigenous peoples, Afro-Colombians and the LGBTI communities. The negotiations leading up to the final peace agreement lasted for four years (2012-2016) and included several civil society actors, who were most loudly present during the drafting of the chapter on victims.

The Framework Agreement included settlements between both sides on the future political participation of FARC members, rebels’ reintegration into civilian life, the eradication of illegal coca-crops, transitional justice and reparations for victims, the disarmament of rebels and the implementation of the peace. Although the peace agreement was initially rejected by a popular referendum on account of fear that it would grant too much impunity to perpetrators of violence, it was ratified two months later in November 2016 – finally giving the people of Colombia a roadmap for peace. To an extent, Colombian CSO’s were able to substantially influence the peace process leading up to the final Agreement. This is illustrated by the sub-commission for Gender, which was initiated after several grassroots initiatives organized themselves during a National Summit for Women in Bogotá in October 2013, and demanded to be included in the negotiations. This bipartisan institutional mechanism had the main purpose to review all peace documents from a gender perspective – thus creating the first peace agreement with a gender focus.

Similarly in May 2015, the representatives of several ethnic CSOs (vouching for the rights of indigenous, Afro-Colombian and other ethnic groups) reached out to the State’s Chief negotiator, Humberto de la Calle, which led to the creation of an Ethnic Commission. As members of the Ethnic Commission, representatives of several ethnic CSO’s had audiences with the negotiators on ethnic participation in the peace process, and eventually managed to include an ethnic chapter guiding the interpretation and implementation of the agreement.

Grassroots peacebuilding in the implementation-phase Two great forms of grassroots peacebuilding initiatives in Colombia are the Peace Community of San José de Apartadó and the local NGO Corporación Descontamina. Although both initiatives differ in their focus on different peacebuilding issues, they are examples of locally organized peacebuilding at the community level. In 1997, the Peace Community of San José de Apartadó was formed by a community of 500 peasant farmers in the war-torn region of Urabá. The collective declared itself neutral in the on-going civil war, even though the farmers were (and are still) facing grave threats because of the many economic interests in their land and continued presence of guerrillas and paramilitary groups.

Today, the Peace community is a self-governing group of approximately 1,000 members who follow three (liberal) principles: respect for human rights and international humanitarian law, protection of the community’s property rights, and justice for crimes against members. The collective thereby enables forms of citizen participation as a way of peaceful resistance to the conflict, and serves as a prime example of ‘hybrid’ peacebuilding – which is a combination of grassroots peacebuilding and liberal peacebuilding. The Peace Community uses external resources for their own benefit without surrendering authority for decision-making. Through the Inter-American Court of Human Rights, the farmers can bring cases against combatants to raise awareness and discourage future attacks.

Unfortunately, the signing of the CPA in 2016 has not fully eradicated the threats for this peacebuilding initiative. Taking advantage of the power vacuum left by the exit of the FARC in November 2016 and the sparse presence of the State in the region, the farmer’s collective continues to suffer from attacks by paramilitaries. It is precisely this lack of state protection that deters the multiplication of similar grassroots initiatives, which are able to successfully realize citizen participation and thereby transform the conflict by propagating an inclusive and non-violent approach. Ultimately, a lasting inability to provide security for local initiatives in Colombia’s rural areas is a threat to the sustainability of the national peace as a whole. This is an identified gap in the national peace process, and should therefore be addressed with the available means – by providing international support to grassroots initiatives in rural areas, and strengthening the state’s security institutions.

Another example of a grassroots initiative is the Colombian NGO Corporación Descontamina (decontaminated corporation), which operates in Bucaramanga, Colombia’s fifth biggest city that is located in the Andes Mountains. Corporación Descontaminá seeks to address identified problems regarding the state-driven processes of Demobilization, Disarmament and Reintegration (DDR). These problems relate to the inability of state-led DDR programs to meet the basic necessities for demobilized people, like problems with feelings of guilt in combination with little access to psychological support. This particular grassroots NGO organizes local projects to promote non-violent communication and psychological support in a men’s jail where ex-paramilitaries and ex-guerrilla’s live together.

Another important dimension to the reintegration of ex-combatants that hinders the effectiveness of the DDR process is political polarization. This is not a great surprise, considering that the DDR-process in Colombia is centralized in Bogotá and driven by the national government; the state itself has been involved in the conflict. Drawing from the example of Corporación Descontamina, it seems that a grassroots initiative can be a powerful tool for informally filling the gaps in the peacebuilding process, which might otherwise be badly addressed through the formal framework that is provided by the CPA. Moreover, it seems like Corporación Descontamina fulfils an important role by stepping into the DDR process, as some problems might be hard to solve on account of a lack of trust in the government as a former party to the conflict.

Colombian peace: how to move forward?

To strengthen the peacebuilding process in Colombia, (inter)national peace practitioners should be aware of the capacity of grassroots initiatives and explore ways to connect with the local voices in what can be called a ‘hybrid’ approach to peacebuilding. This would allow both the national and the local level to fill gaps in the peacebuilding process, like a respective lack of citizen participation or a need for sustainable funding. Inclusivity and knowledge-exchange remain important centrepieces of the peace-building process; it is exactly in this respect that grassroots initiatives and CSOs need to be more present and supported in the implementation of the peace, both by the national level and international community.

Although including everybody is practically impossible, the incorporation of grassroots organizations in the peace process is a credible way to include civilians in the peace process. The potential power of grassroots initiatives seemingly lies in being at the forefront of their own peacebuilding efforts. Unfortunately, there is no way to provide blueprints of these unique processes, precisely due to the fact that they develop organically and in their own circumstances and context. Although this implies that only so much can be learned, it is necessary that unique local peacebuilding processes are supported and explored by national peace building policies, on account of their positive contribution to the overall process of building peace. By providing sustainable funding to CSOs like victims’ associations, Afro-Colombian and indigenous groups, and women’s organizations, it is possible to guarantee resources for those with the capacity to influence and implement the peace accords on the ground.

To move forward from post-peace deal into a stable and inclusive peace in Colombia means that an important role is reserved for those who are able to identify the gaps in the implementation of the CPA. As is shown by the examples of San José de Apartadó’s Peace Community, and the work done by Corporació Descontamina, there are lessons to be learned that might be helpful in solving lacunas for similar problems and initiatives that aim to build peace. By connecting and streamlining the different existing approaches to peace building, and ensuring the inclusion of the local voices, it might be possible to build peace in a more comprehensive and sustainable manner. 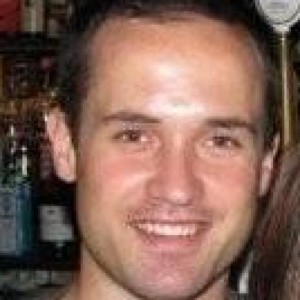