This article is part of the #urbaneconomies series originally published on www.progrss.com and commissioned by district coworking space.

For the fourth and final installment of our #urbaneconomies series, we look at the dual role of markets and human capital in growing tech and non-tech entrepreneurship in Cairo, using Daniel Isenberg’s Domains of the Entrepreneurship Ecosystem as a guide.

With a potential of 90 million consumers, Egypt is an attractive market for any business. But in spite of its massive potential, entrepreneurs working on the ground find it difficult to penetrate large swathes of the market.

Based in San Francisco, Egyptian entrepreneur, investor and co-founder of Parlio Osman Ahmed Osman believes that Egypt’s potential as a market is often overstated. “Egypt is not that big of a market – the population is not that big and people don’t have that much disposable income. Entrepreneurs in Egypt have a policy of targeting the Middle East, and they end up falling in a trap, because it feels like the Middle East is this one homogeneous thing, but it’s really not – each country is culturally different, has a different legal landscape and demographics, so you have to figure out a strategy for each country, and then you lose the economies of scale,” he explains.

Others note that the dominance of the informal market and low banking penetration make it difficult for entrepreneurs to play by the rules. “The number of entrepreneurs who choose to go the way of the informal market means that we don’t have data, so we don’t know if they’re actually profitable. And because they don’t pay their dues, it makes it difficult for others to compete,” says Mohamed El Sawy, owner of The Courtyard and CEO of Misr Contracting Company.

“It’s very frustrating [to do business in Egypt] – not just amongst entrepreneurs and startups, but even amongst big businesses. Every day, you compete against someone whose cost is at least 10% lower than you – which means they make more profit. They are able to go through the system faster because they don’t have to abide by the laws,” he adds.

El Sawy notes that the dearth of data makes it very difficult for entrepreneurs – or investors, for that matter – to assess the actual potential of markets in Egypt. “Entrepreneurs pursue opportunities that are easy for them to carry out and that they have resources to achieve, as opposed to businesses that serve an actual need. Those are much more difficult to come by and they make less money,” he explains, noting that gatekeepers are often still required to penetrate the market in Cairo, which results in entrepreneurs pursuing opportunities where they have connections.

According to Dina Sherif, CEO and co-founder of Ahead of the Curve (ATC) and Associate Professor of Practice and Director of the Center for Entrepreneurship at the American University in Cairo, one of the reasons that so many entrepreneurs turn to tech is ease of market access. Sherif, who was recently selected as a local Sustainable Development Goals (SDG) Pioneer by UN Global Compact, co-founded ATC in 2012 to promote sustainable management practices, inclusive market growth and innovation for societal well-being across the Arab world by supporting entrepreneurs and multinationals. Sherif explains that the ease of doing business online has made it attractive for many entrepreneurs to turn to tech. “In the online world, the barriers are minimal because there is no [need for personal connections] and there are no licenses, but if you want to build a factory or start a call center, you have to get a million and one approvals… So it’s a different setup and a different space,” she says.

Sherif – who perceives the dichotomy of tech and non-tech as redundant – believes that all business will be tech-enabled in one way or another in the next 10-20 years. For her, the market potential in Egypt remains huge, but the key is finding ways to penetrate marginalized communities that are ‘off the map.’ “We are yet to hear of a multinational that has left the Egyptian market, unless it has to do with strategic reasons. The issues that we need to fix have to do with ability to access products in different areas,” she adds.

In the 2015-2016 WEF Global Competitiveness Report, Egypt ranked 116 out of 140 countries surveyed. And while pillars like Market Size ranked relatively well, scoring 5.1 out of a potential 7 points, others, like Higher Education and Training (3.2), Labor Market Efficiency (3.2), Business Sophistication (3.7), and Innovation (2.7) reflect some of the bigger challenges that business owners in Cairo face.

The Pursuit of Talent

Compounded with the difficulties of navigating a market beset with regulatory hurdles, invisible competitors and – recently – an underperforming economy, Cairene entrepreneurs have to deal with a steady brain drain of talents seeking opportunities elsewhere. “This environment is so crushing that people will take the first opportunity that they get to leave. Booking, Google, Twitter – they have the best people from Egypt. It’s a great opportunity for those engineers, but it’s a problem for entrepreneurs [here in Cairo], because what’s left isn’t as good,” says entrepreneur, investor and co-founder of RiseUp Egypt Con O’Donnell.

Osman Osman explains that developing the local talent pool is key to growing the ecosystem as well as to retaining talent. “You need people to come in, build startups and have moderate success and exit, and then they, or the people who worked with them, come back and build more startups, until you build up a critical mass, and for that, you need talent. We don’t have that kind of entrepreneurial talent in Egypt, and to the extent that we do have it, most of them are trying to leave the country.”

In spite of a steady outflow of talent, Managing Partner at Ideavelopers Tarek Assaad notes that cultural and social changes are reflecting directly on the pool of people who are turning to entrepreneurship. “We’re seeing much more experienced people whose alternatives are much more attractive – and not just at the founder level. We’re seeing people joining startups to become managers and people valuing stock options, and that’s very exciting because you need a mix of people who are young and innovative who dream of going out and conquering the world, but you need to have sober managing experience to navigate the bureaucracy,” he says.

Besides the brain drain, years of rote-learning based education and the absence of entrepreneurial education from curricula are also constraining factors for entrepreneurs. The Global Entrepreneurship Monitor (GEM) identifies education and training as one of nine entrepreneurial framework conditions key to providing an enabling environment for new business development and growth, and in the 2012 cycle, Egypt ranked last among the 69 countries assessed.

Hashem El Dandarawy, agricultural developer and founder of K-9 Sense – a company that provides products and services for the training and care of canines – describes entrepreneurship as “a hunger – a fire inside a person.” In spite of that, he believes that factors like education and training can help entrepreneurs learn to identify the opportunities around them. Dandarawy, who works closely with entrepreneurs in Upper Egypt, notes that the absence of an accessible and common vocabulary often leaves entrepreneurs at a loss to connect with professionals who can support them – particularly if they are looking for investment. “We need to create a digestible vocabulary for entrepreneurs – a language that is close to people.”

Dina Sherif agrees, noting that: “We don’t teach with the objective of creating entrepreneurial mindsets, which means that we don’t focus on critical thinking, problem solving, and seeing opportunities rather than problems.” She explains that students at the university and high school level need to be introduced to entrepreneurial thinking if a major culture of entrepreneurship is to evolve in Egypt.

Sherif also notes that encouraging women to be brave and to take risks is key to creating a balanced entrepreneurial ecosystem. “Women have a lot of self-doubt, so we put a lot of pressure on ourselves… We are raised to believe that we cannot do as much as men. It is changing for younger generations, but it’s not changing fast enough. We don’t teach women to be brave or to take risks, whereas [we encourage these traits in men],” she says. “And it’s not an Arab thing or an Egyptian thing – it’s a universal thing,” she adds.

While education and training play a key role in creating an entrepreneurial ecosystem, many perceive a role for successful entrepreneurs and multinationals in the conversation on entrepreneurship.

According to Hossam Osman, multinationals have a unique opportunity to support entrepreneurs and benefit from the growth of the ecosystem in Egypt. “We have very weak linkages when it comes to R&D. Universities are not business-oriented and industry is re-using what is already there rather than investing in new technology,” he says, noting that ITIDA currently has EGP 20 million (US $2.2 million) allocated to promote collaboration between industry and academia.

“Multinationals may run some hackathons and competitions, but that is not enough – they need to be a strategic investor and not a financial investor. And the most important thing that they can provide is business and strategic mentoring to startups,” he adds.

Besides multinationals, Dina Sherif emphasizes the role that successful entrepreneurs can play in developing the ecosystem. “If you look at the very sophisticated ecosystems in the world, these very entrepreneurs who have reached success go out of their way to take their wealth and reinvest it in the new entrepreneurs, so it’s like a loop that is constantly connected,” she says.

Sherif believes that the centralization of the conversation around entrepreneurship around urban centers like Cairo and Alexandria needs to be challenged and to expand to other cities around Egypt if it is to have any real impact. “Most of the discussion and the hype is here in Cairo, whereas we need it most outside of Cairo. Of course, we need it everywhere, but if we want to see economic growth, we want to see it in really poor governorates,” she says.

Others disagree; Wael Amin, founder of ITWORX and partner at VC firm Sawiri Ventures, notes that, while efforts may be made nationwide by the government, those in Cairo should focus their attentions on building a strong entrepreneurial ecosystem in their own city. “In my opinion, let’s make Cairo rock. Let’s make sure that this is blazing hot and electrifying, because out of the strength of this city, we are going to make the rest successful. And I’m not talking about trickle down effect, I’m talking about making Cairo the sun, and expanding from there,” he says.

O’Donnell agrees, noting that even an organization like RiseUp – which has grown to become the largest platform for educated, middle class entrepreneurs – has no aspirations to expand beyond Cairo. “Downtown [Cairo] is part of our DNA as RiseUp. We like to think that we are part of the re-birth of the market, the economy and the business environment of Downtown – we could never consider being in the suburbs. This is our city,” he says.

The #urbaneconomies Cairo series is commissioned by district coworking space. 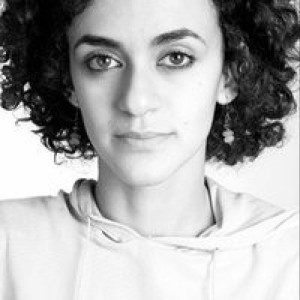