The Future of Work

This post is by Dr. Catalina Rojas, PCDNetwork’s Director of Innovation

Recently I found myself explaining how I used to listen to music when I was a little girl to my 6-year-old son. How do explain what a vinyl is to someone that has grown up listening to Spotify? Well, the same way we have transition from vinyl, to cassette tapes, to CD to digital music is the change that we are facing at a global level in the realm of work. This daunting task was given to NYU Business Professor Dr. Arun Sundararajan and he delivered a compact and impactful explanation of how the world of work is changing and what it means for youth globally. This was the opening keynote at the Global Youth Economic Summit 2017 and this blogpost is my attempt to relaying the crucial information from Professor Sundararajan (PCDNetwork is proud to be a media partner and exhibitor at the summit). 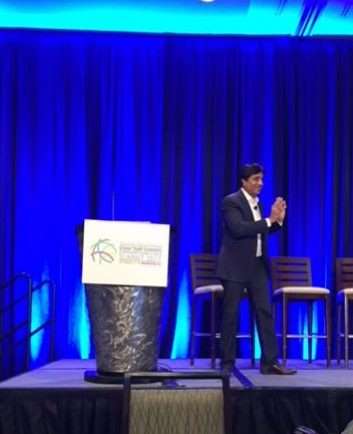 There are two ways in which digital technologies change the world of work.The first change is the pace at which machines are likely to substitute for human labor is growing rapidly. The second is that it is also creating new opportunities, innovations and career paths that we cannot even imagine that can also be used to help address critical societal challenges. Let me use my music example, as vinyl ended, cassette tapes were created and jobs around it emerged. Sundararajan’s example is how the health care industry in the US is a growing sector while the machinery sector has shrunk. New sectors create demands for new jobs. 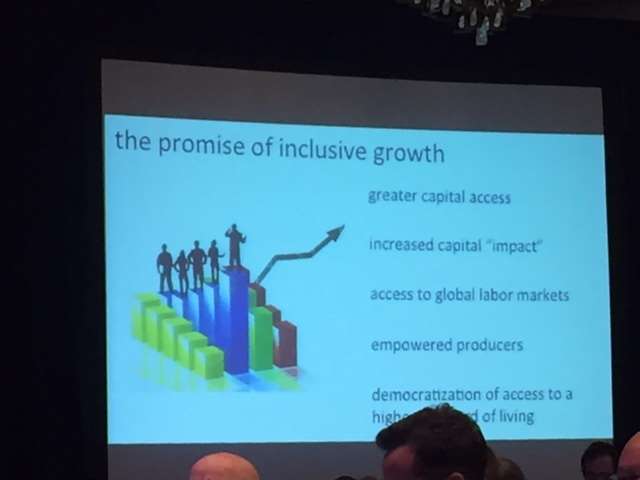 The second change is where he centered his comments. It’s a fundamental reorganizing that he coined: crowed-based capitalism or the sharing economy. From managerial capitalism to crowd-based capitalism. This shift redefines the institutions in society that provide structural capital. To explain a bit further this transition professor Sundarajan points to the shift how people watch television. I grew up watching shoes made and distributed by larger corporations. My son most likely will watch youtube (he already does under my supervision). While youtube is NOT a small company, the content youtube provides can come from individuals all over the world (some do make a lot of money playing some don’t), to parents that create channels to film their son doing parkour (such as my family). This is not fictional.

This is what this change is about. In a crowed-sourced sourced economy platforms are key (in this case is youtube, but think Airbnb, Kiva) the content is the aggregate of smaller individuals, i.e. your video, your home, your car. And the platforms provide a means of distribution, of verifying content and facilitating trust between previously unconnected people and/or institutions.

So what this means, it’s that the economy is moving from large infrastructure institutions or employers to interface based institutions. The labor markets are also radically changing. The old economic model was based in many countries with people working for corporations and getting a salary (and benefits) for their labor. This is changing in the economy is that many people will be navigating a very diverse set of work experiences and gigs via platforms and networks, rather than working for a single institution.

Of course this raises many ethical and policy challenges, as the policy institutions that govern or regulate our economic interactions are far behind in adapting and also visualizing how to deal with the future of work. For example, if in the US benefits have largely been tied to full-time employment, how can we create a system where benefits are portable. How can we change the nature of higher education and credentialing to better prepare people for a life of learning and skills development?

One of the key innovations in the emerging economy is building systems that facilitate trust between people and institutions which Professor Sundararajan calls the “Fifth Wave of Commercial trust.” It would have been crazy a few years ago to imagine people renting out their homes to complete strangers such as people now do everyday via Airbnb, or getting a ride in a stranger’s car such as via Uber or Bla-Bla Car. He discussed several earlier stages in economic relations. The first was community the community (who sells the freshest bread, who provides the best cheese, etc). Then the government (regulated), then came brands ( we want Nike shoes or Starbucks coffee) and now, its gig labor arrangements based on platforms that help facilitate digital trust.

The data shows that in a few years over 40% of the US workforce will source all or part of their income via the gig economy, thus radical change is coming.

Professor Sundararajan emphasized a few key trends that we need to consider as the future of work arrives today.

1)Post secondary education. Not preparing people for a job but skills, entrepreneurship, and life time of learning. Micro entrepreneurship education for youth: more and more of the population will be entrepreneurs. There is a need to redefine what is taught in school and colleges.

2) Inventing robust transition education plans for workers already in the economy. A high number of people are going to be doing something completely different in the next 10 years.

3)A critical challenge is who owns the data? It is essential that access to data be democratized and not only in the hands of a few corporations.

While many argue that this shift will widen the inequality gap, Professor Sundararajan argues that there is an opportunity for inclusive growth as more people have the potential to be an investor, to have more democratic access to capital and work in a trust based system through innovative platforms, blockchain and other mechanisms can have many positive outcomes. Of course it is certainly possible that inequality will further increase and that digital tools will not solve many of the problems facing the world today.

What is the impact of the world of work for the social change professionals? How will it affect the Aid, Humanitarian, Development, Social Entrepreneurship industries? That is a question that we all need to re(solve) together at PCDN. 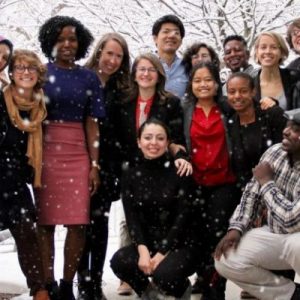 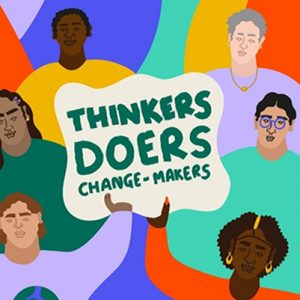