The Future of Work is Here – Now, Are you Ready?

I still remember the first time I saw a smartphone 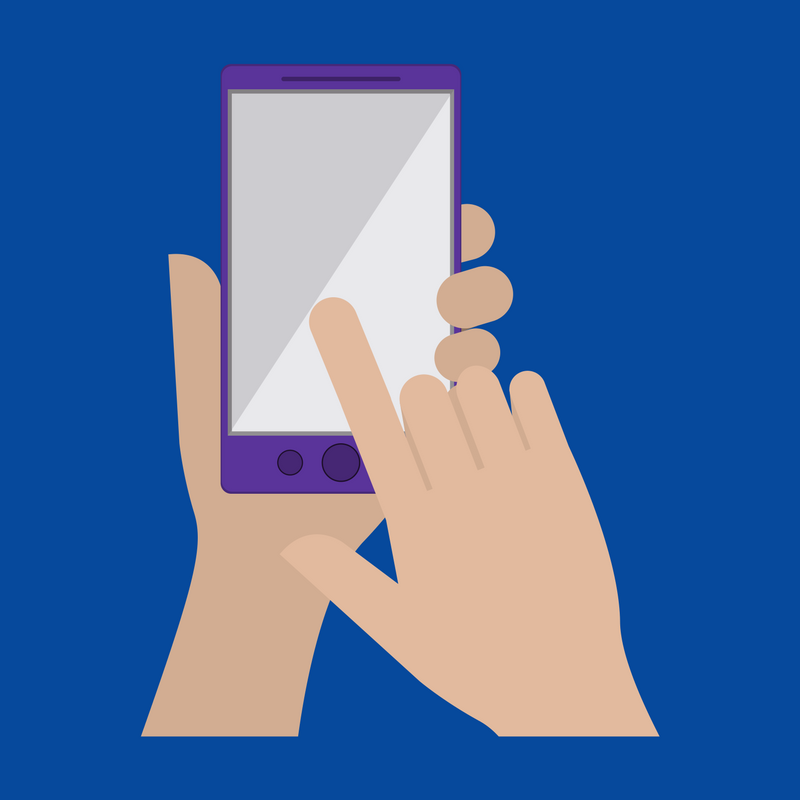 I was at a conference in San Francisco and had dinner with an old friend who was always up to date on the latest gadgets and technology in the world. She had worked for many of the leading tech firms in the world and helped start one of her own. Over dinner she took out her Iphone and started showing how she could stream music, take photos, share photos and much more. I had no idea back then (I don’t think many people did) how much smartphones and technology would impact our lives and the world at large. It is almost impossible to have forecast back then that within less than a decade, that smartphones would reach over 50% of the world’s population (according to GSMA). Nowadays, the average smartphone has more computing power than a huge IBM mainframe that took up entire rooms.

There are many positives to the widespread adaptation of technology in much of the world. Doctors are able to use new tools to help improve health, urban planners can better design the infrastructure and systems that influence so much of our lives, students and teachers can have access to almost unlimited information (of course not always accurate) at the touch of a button.  Of course there are also many downsides to this rise of technology, the massive increase in disinformation campaigns, people increasingly having access to more information than ever but living in filter bubbles, the increasing threat of cyberwarfare and more. I remember when I first starting using the Internet in 1995 it was amazing to have access to so much information. I would’ve never imagined that 20 years later instead of promoting democratic access to high quality information for all, that the Internet would also be a place where the nature of truth would be contested in such devious ways. 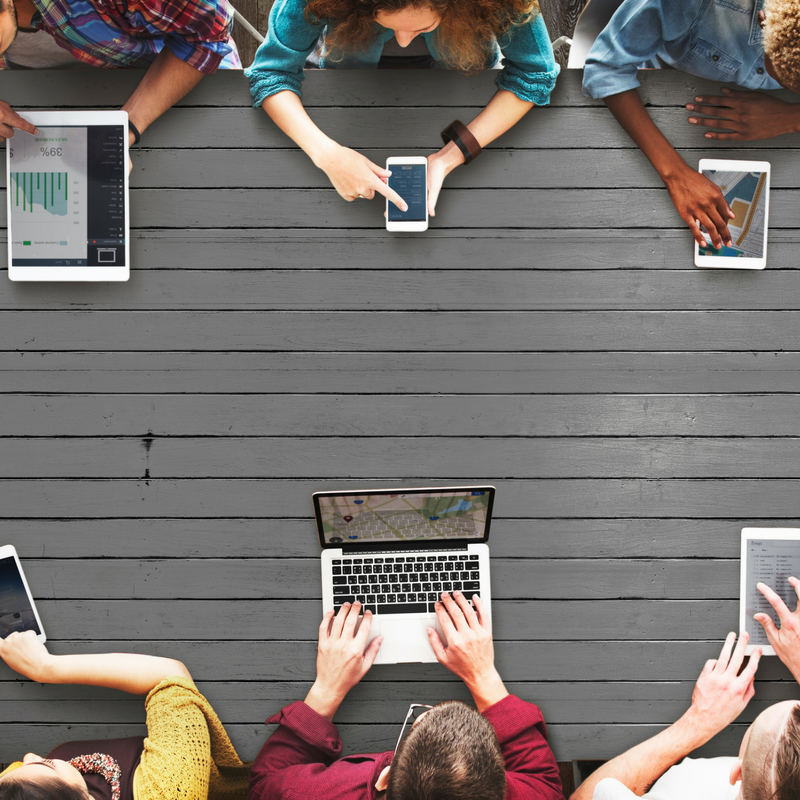 Similar to the changes in the past 15+ years with smartphones, the world is undergoing the most rapid technological change in its history. A host of new technologies are being unleashed that are radically changing the nature of employment and society. Who would have thought a decade ago that the future of taxis in many parts of the world might be in doubt and that people could summon a private driver within a few minutes. Or that a private flying device (drone) could be used by individuals or organizations to help map the impact of humanitarian disaster or film human rights violations.

Part of the goal of the creation of PCDN.global is to help our members think big and ethically about the nature of social change, the integrity of the work we do, and to help the world find the tools, resources & opportunities to advance sustainable change.

The Future of Work has become a hot topic, almost a buzzword. There are conferences, podcasts (some really good ones), expert panels, reports and more.  Some great resources to learn more about include the PCDN Social Change Career Podcast, Future of Work Series from Quartz ,  McKinsey , Jacob Morgan (he has a terrific podcast) and the OECD (please feel free to suggest your favorite resources in this area).  It is clear that the nature of employment is radically changing as technology increasingly influences our daily lives. For instance, a recent Politico article discussed the emerging trend in the U.S. that an increasing number of jobs created are contingent or contract jobs. This means they are often temporary positions with no security, benefits.  Often, a single job may not pay enough for someone to make ends meet. Unfortunately this is a trend in many parts of the world and it is getting worse with the covid19 pandemic.

There are many forecasts that  a potential work apocalypse coming to the world, that the era of more stable (although in many countries and specific regions in countries people have been struggling for years with un or underemployment) employment is coming to an end.  There is a debate taking place in many policy and academic circles, that the world in the near future will face a huge crisis with a very sizeable percentage of the world’s population not being able to find sufficient employment. As a a recent ILO Global Employment Trends for Youth Report stated

The world of work for today’s youth is quite different from that experienced by their parents.Previous generations of young workers, particularly in developed countries, might have looked forward to a “ job for life”. Today, more young people are starting their working lives with short-term work arrangements, increasingly in the platform and gig economies.
(p.5)

Some forecast a new era of social conflict. While others differ and argue that while technology is radically changing our lives and work, and as jobs will disappear, many new ones will be created. One of the candidates who ran for the Democratic party nomination in the United States was entrepreneur Andrew Yang. At the core of his campaign was the goal of a Universal Basic Income for every American over the age of 18 of $1,000 a month. He was seeking to do this given the concern of disappearing jobs with the onset of the Fourth Industrial Revolution. While many might have seen his goal as idealistic, with the economic crisis from the covid19 pandemic, it has gathered increased support in US. There are many other examples of experimenting with basic income. For example, the organization Give Directly is conducting a rigorous experiment to see how providing a basic income to poor villagers in Kenya and Uganda impacts select communities.

What does this all mean for you, for the social change professional (or student aspiring to work in this broad, messy, inspiring and chaotic field of working to make the world a better place)? That is what we’re striving to explore in our podcast, career series, our career helping line, career chats and other content we generate. We’ve been diving in for quite some time educating ourselves (and have a long way to go, we are by no means experts) about how the nature of employment is changing. Much of the conversation on the Future of Work has been limited to specific sectors such as technology firms, how education might change, or manufacturing but to date we’ve only seen very limited discussion of what this means for the social change sector.

Some of you might be thinking that while the topic is fresh it will not affect you.  After all, a highly trained consultant expert in social issues will unlikely be replaced by R2-D2.*  And while this might be partially true, at PCDN we found that a lot of folks that searched for jobs during the economic recession of 2008 in areas such as International Development, Humanitarian Affairs, etc. couldn’t find ANY employment.  Some became become baristas ( a coffee maker in Starbucks) while others started their own companies (and are doing extremely well) and others went into temping.

*R2-D2 is the most adorable robot of all times.

We invite you to join us for the whole journey as we seek to engage in some huge questions (some don’t have answers but invite further exploration) about how this changing nature of work is affecting the social change sector.  We hope you will put forth your questions, critiques, and challenges as we seek to construct a better understanding of the trends taking place and what is likely to come. More importantly we aim to focus not just on the pie in the sky big picture questions but what does this mean for the millions of professionals and organizations in the world working to advance social change.

There is a danger in fetishizing tech as the simple solution to advancing social change. An all too simple belief if we build it, change will come. Unfortunately this isn’t true.  The road to the Future of Work is filled both with perils and promises and any new approach or technology usually has both.  There have been countless apps built that will change the world (some may but many don’t and some fail). Some say new technologies such as Virtual Reality will create a new era of empathy for others in the world (having tried some amazing VR experiences it has been fascinating but I don’t think yet will convey much action). But of course VR can also desensitize to suffering, or be used to foster hate towards others as well.

At PCDN.global we offer you original content on the topic of the future of work and its implications in the social change sector and start conversations such as such as what does the increasing gigification of social change mean for both sustaining impact as well as building a career? For many who want to work in social change this may mean taking on significant debt, and if one cannot foresee a future of decently compensated employment with benefits is it worth it?  How does education need to adapt to the Future of Work both in terms of what is being taught and how it is being taught? What are the human (and technical) skills that are likely needed to continue to thrive in a career in the 21st century? Does one need to speak geek and have the soft skills to work with people? How can these be combined? What are the pros and cons of working in the gig economy and how can one thrive in this challenging environment?

Other hot topics such as blockchain and social change (what the heck is the blockchain anyway) and what is hype and promise? The emerging trend of digital nomadism where people may be location independent and choose to work anywhere in the world (of course this usually requires a passport from select countries)? And of course the notion of universal basic income, what would happen if everyone has a basic level of security what would they do with their time? Would this create the space for more just and fair world? What would you do if you had this guaranteed level of support.

And a key topic is how will social change change itself, where talent is equally distributed but opportunity isn’t do emerging technologies have the potential to create a much more just and participatory system? Or will we reproduce systems of exclusion and discrimination that only reinforce inequalities?