This final stage of negotiations is historic for Colombia, the region and the world. For Colombia, ending the conflict will ensure that there will be no new victims of the internal armed conflict. The toll—at more than 8 million victims, including 7 million internally displaced people—is far too high already. Regionally, Colombia’s conflict has sent over half a million refugees over its borders, spreading insecurity and criminality and exacerbating poverty in these largely neglected regions.

“No one knows exactly how many people vanished.”

The government has promised to launch a comprehensive program within a month to meet the differing needs of all minors, especially girls.

From the U.S. Institute of Peace blog The Olive Branch. You can also read the post on the USIP web site here. By Viola Gienger In Libya’s 2011 uprising, protesters pumped loud music from radios or CD players in the streets in front of government buildings, then fled from the inevitable rush of security forces. The nonviolent 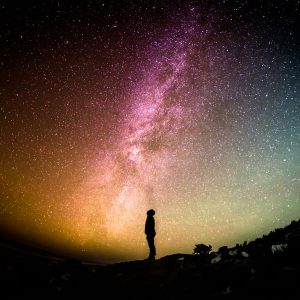 The ‘Dark Matter’ of Peacebuilding

The “Dark Matter” of Peacebuilding   From the U.S. Institute of Peace blog The Olive Branch. To view the post on the USIP web site, click here. By Jacqueline H. Wilson While reading a recent issue of Popular Science magazine, I was captivated by an article on “dark matter.”  Scientists are trying to wrap their

Photo by Oscar Nilsson on Unsplash Recently on LinkedIn, Editor

There are many components to the job search, and there

E18S8: A Career in Public Policy with Sergio Hernandez Mendoza